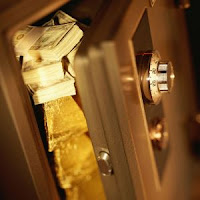 Rapid decision-making in a sea of uncertainty takes tremendous courage, preparation, and the ability to accept what you cannot change. However, most traders I know have significant difficulty forgiving themselves after a poor decision has been made.

Forgiveness is not a spiritual discipline, its a human necessity.

The art of letting go of regret following an error in judgement is a sign of wisdom not weakness. Many traders I've coached have grown up with a rough & tough attitude that when a mistake is made, they kick themselves in the butt, express some intense choice words aimed at motivating themselves to get back in the game, to do the right thing, at the right time, in the right way, or else the butt gets kicked again. This method may have worked on the playgrounds but it's very destructive in the fields of markets and money.


When a trader chooses to attack the self, they trigger the emotion of shame ("There's something deeply wrong with me."). This often goes un-noticed because shame feels so bad we tend to deny its presence. Depending on the cost of the error made, anger follows quickly behind, and its intensity (fists pounding, frowning face, f_ _ _ ing idiot) won't allow it to be denied, thus, it explodes for all to see or for those more inclined to squeeze tightly, it gets internalized and burns deep inside. Either way, this negative energy distracts the mind, destroys the heart, and denies re-entry to the opportunity flow. Getting back into the external market is not the solution, managing the internal market is where a traders attention needs to go.


I have witnessed several traders who've earned the wisdom to know this difference and therefore made significant psychological deposits in their forgiveness account. One in particular occurred today that I'd like to share with emphasis on his recovery routine. I witnessed this trader have a conversation with himself via writing his observations in a google document we share; his words captured the message of forgiveness shortly after being stuck in a moment (U2).


The Scene:
He titled his day "The Comeback" and started off strong with three 10-point wins out of 8 trades. Then he missed two trades on the sell side, one touching his entry and the other he hesitated on. He noted, "this caused anxiety to make something happen and I foolishly bid 75 as a potential slowdown point," resulting in a 7-tick loss. Then the onslaught of negative emotion and verbal put downs started to flow. "Why did you do that? That was stupid! You are not going to have a good day with that kind of decision-making!" Actually, his language today was not as crude as the typical self-flogging trader; guess the coaching process has been paying off a bit.


The Fix:
He was aware damage control was necessary because the forgiveness theme was uppermost in his mind due to recent coaching conversations. He got his deposit in order, "time for some corrective reasoning and injection of good positive vibe and forgiveness." This written instruction was put in a google doc called "Psychological Capital" that helped him shift from self-awareness to quick self-regulation by talking himself toward positive actions that helped bypass the rapid withdrawal that self attack could have produced. He managed what he could influence, namely, his inner market, and once again became Even Keel. After a physical break from the screens he returned to trade again from a poised state of mind.


Components of his self-regulation routine include biofeedback (em-Wave), listening to an audio feed of positively scripted forgiveness theme reminders, and when necessary, he'd use a protocol called EFT (Emotional Freedom Technique) to more deliberately detach from the emotional energy that could spiral into a huge emotional withdrawal.

"Trading is simple when the mind is not complex."
Mark Douglas
"Be the change you wish to see."
Gandhi
This trader lived up to both these insights and saw his way back into the flow. By forgiving himself for making an error he demonstrated the Psychological Capital factor Resiliency; he bounced back quickly. When he returned to the market in the afternoon he reportedly was chopped up a bit more, but also proceeded to make a few more winners for the day. In the end, he reminded himself to be grateful for what he learned. Small doses of gratitude and forgiveness are methods to keep the madness at bay.
Keep Forgiving ~ Coach Ken
at 2:51 PM No comments: